Health Insurance for All!

Social campaign.
Estonian Artist’s Union had for decades lobbied for expanding basic social guarantees – like health insurance – to freelance artists. These appeals and arguments were so far ignored by state, at the same time the entire labor market had seen the massive precarization. Thus, the Artist’s Union decided to upper their game and did something unprecedented. Shortly before general elections, bit earlier than the political parties had planned their campaigns, Union launched its own campaign “Health Insurance for All!” (“Ravikindlustus kõigile!”): a bright-colored adverts on the most widely accessible billboards on shopping centers and commercial hubs. This time the plea got momentum. Campaign became widely shared and covered in media; other creative unions, many NGOs etc. aligned with initiative. Only then politicians both from government and opposition joined discussion, admitting that the current situation whereas the large part of workforce is left without basic social guarantees is unsustainable and is in urgent need of political solution. 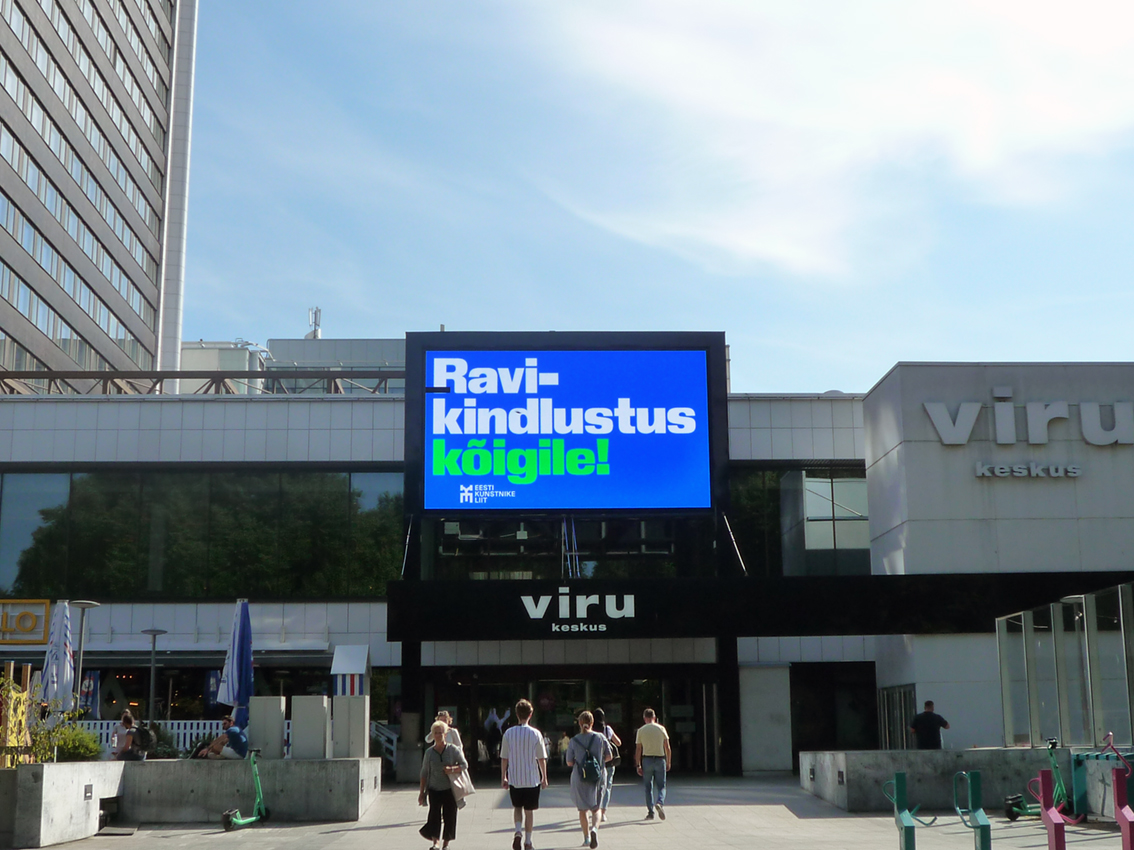 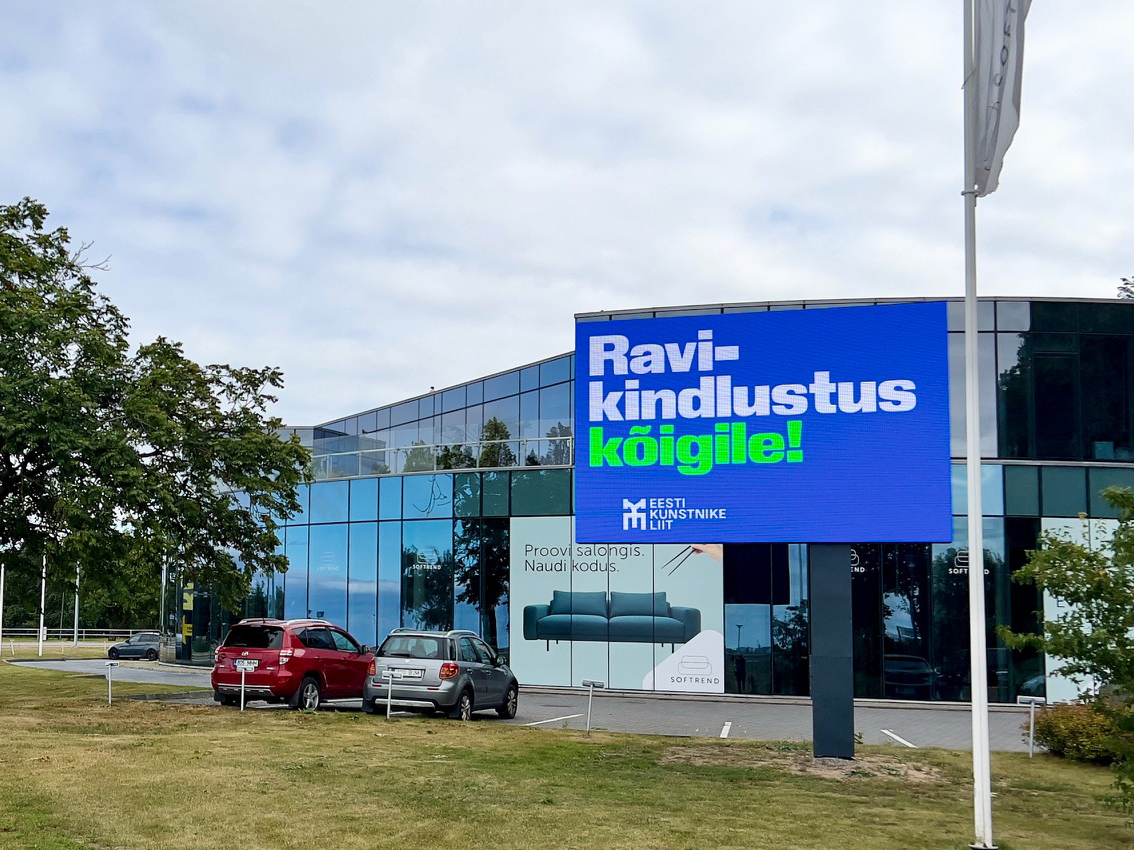 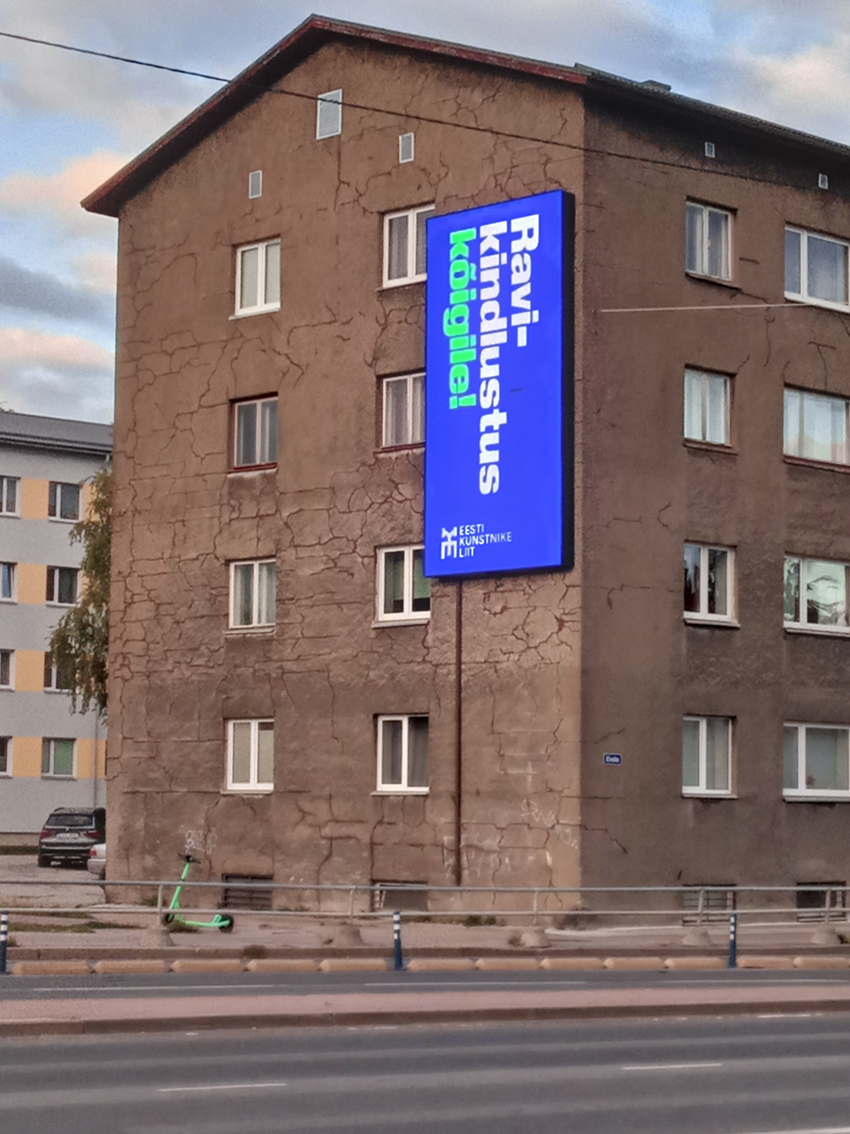 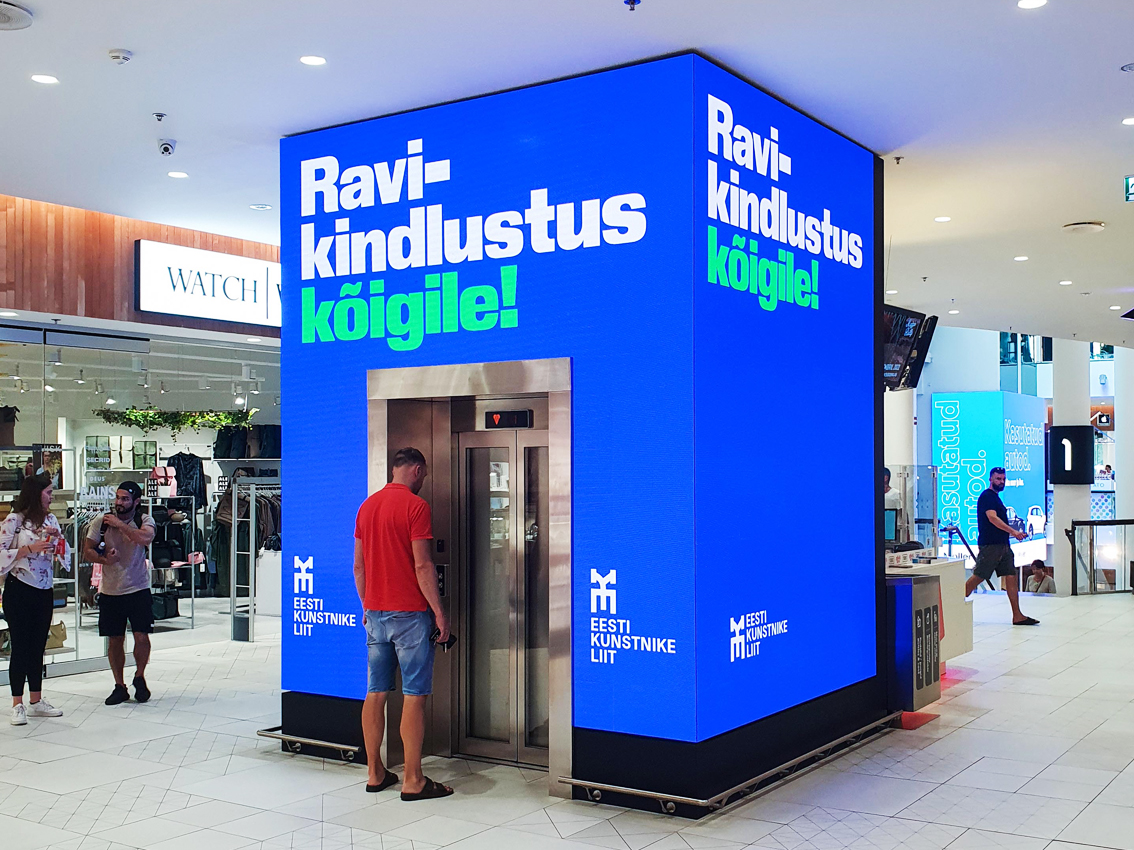 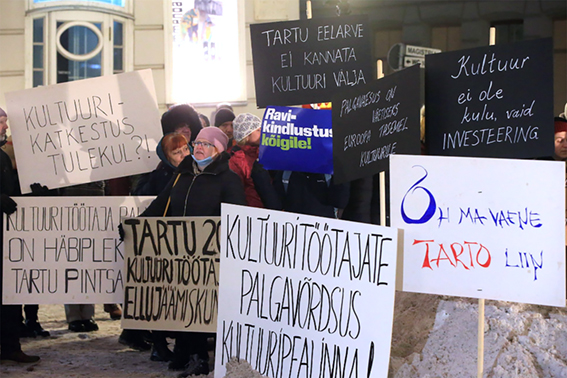 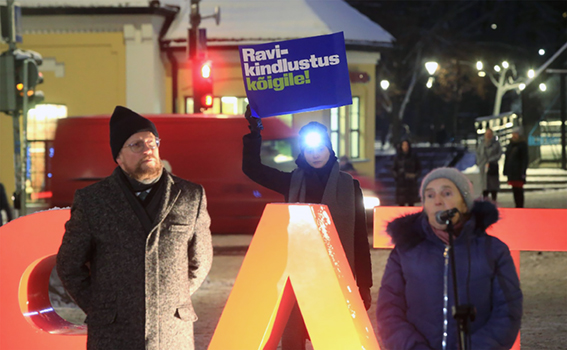