Blood and Honor presents the works of two Estonian outsider-authors - Jüri Henno and Harri Koor. Harri Koor is a village-carpenter who in his spare time builds military monuments dedicated to WWII. His DIY monumental landscapes are a bricolage of found objects, folklore, and totalitarian symbolics. One could say that he perpetuates the unwanted, expelled history by mixing together trashed everyday-objects and ideological waste-materials.
Jüri Henno is an independent publisher whose life-long work is the restoration the Book of Wisdom – a mythical primordial text which went lost, thus causing the downfall of the once great Estonian nation. Jüri Henno uses various methods and sources: he works with archives, collects folklore and employs the technics of transcendental communication. Additionally, he leads the spiritual group of 20-30 members, dedicated to his cause. At the exhibition, Jüri Henno's nearly-finished manuscript was projected to the pages of an empty book. 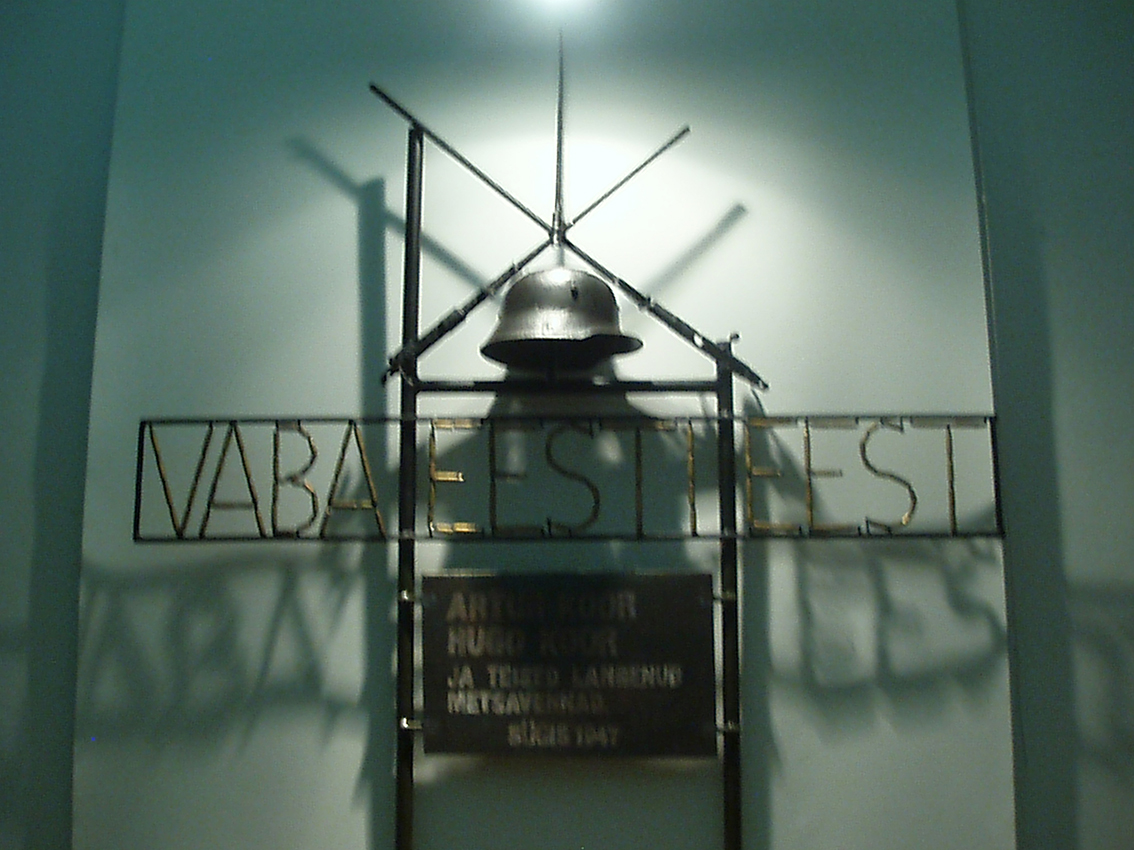 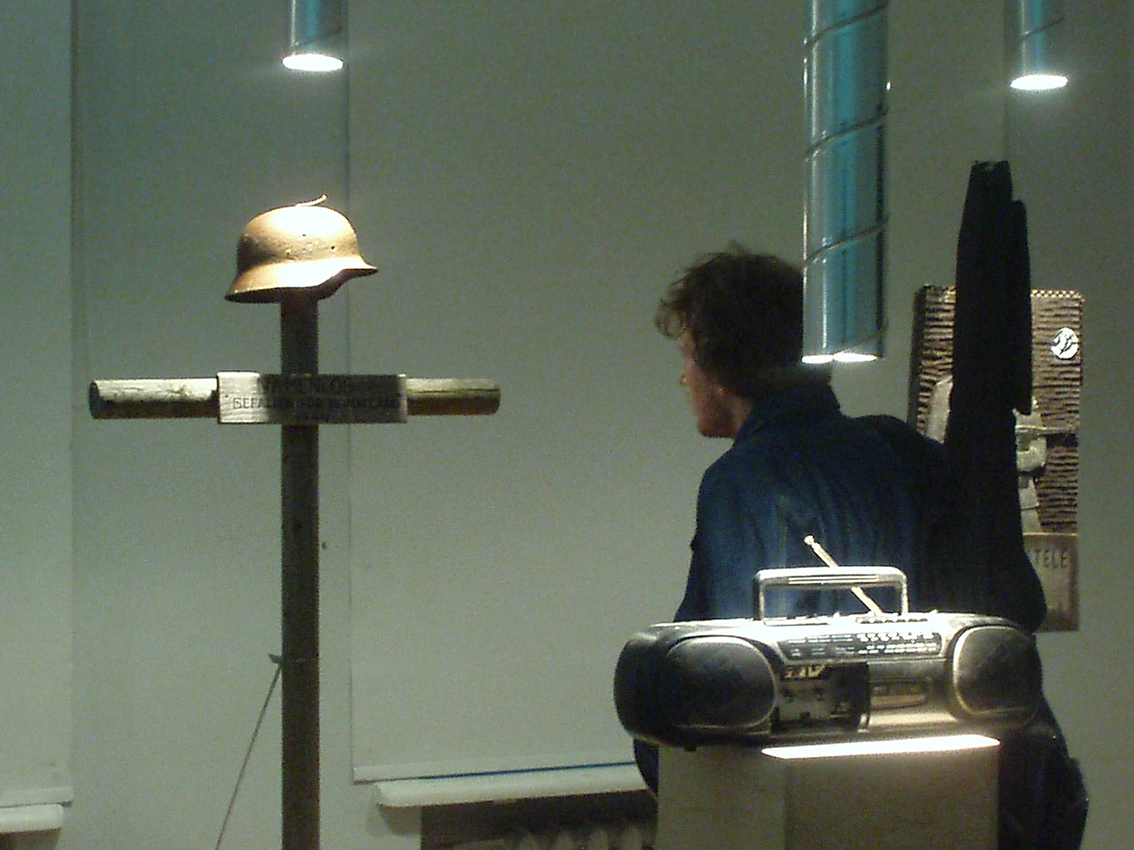 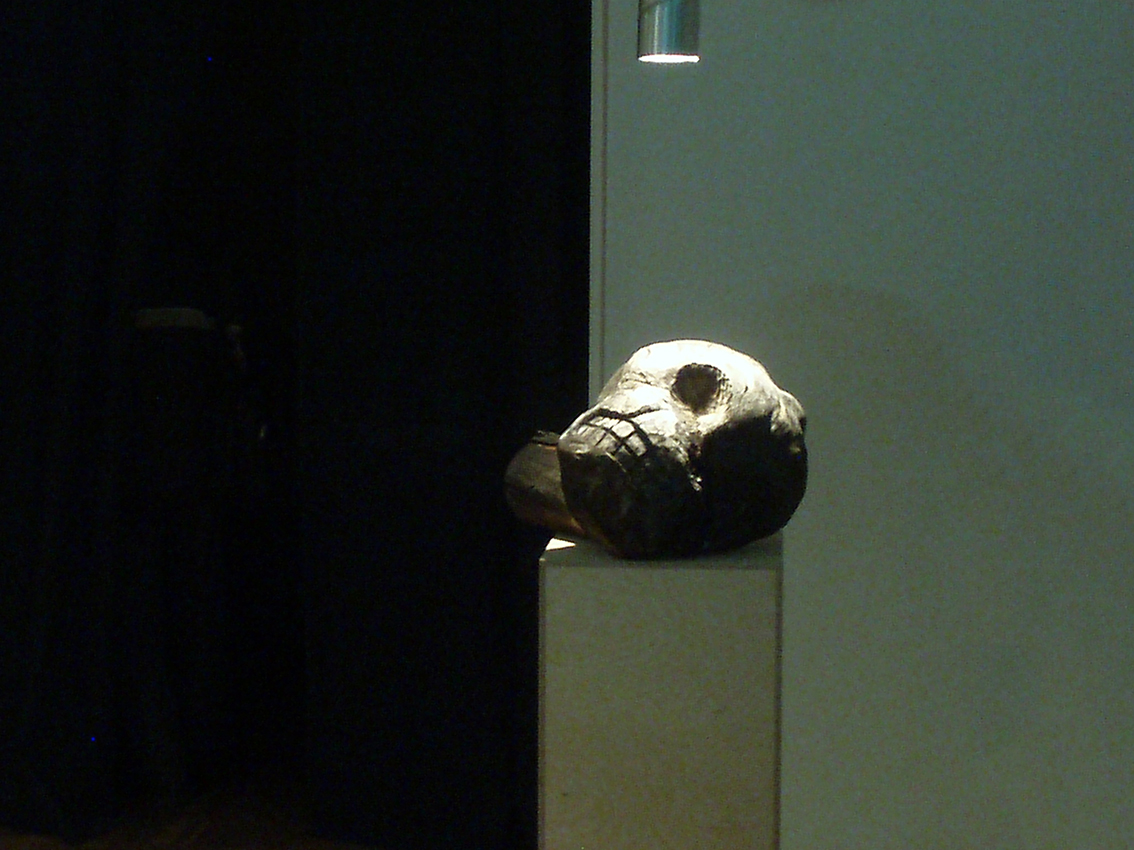 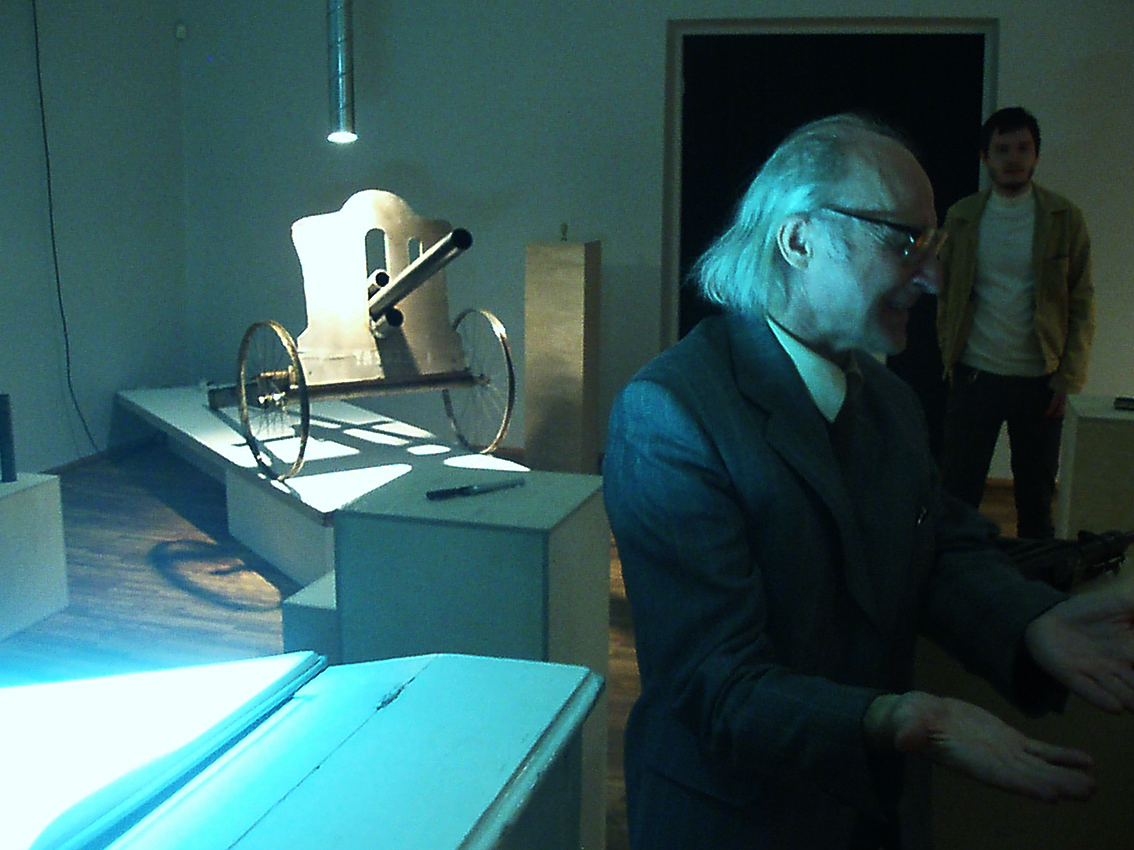 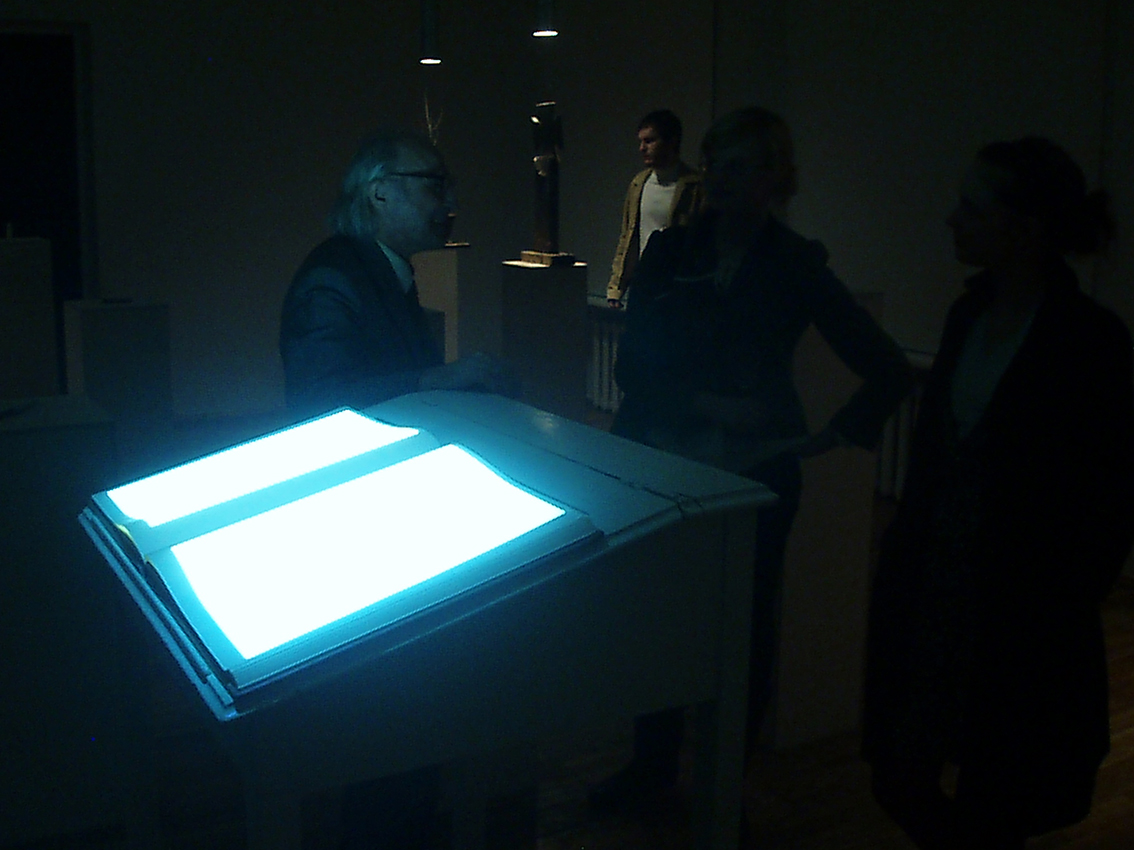