Promotional design for a festival dedicated to the 75th jubilee of Estonian-born composer Arvo Pärt.

The design goal was to reflect the superstar composer's popular omnipresence while avoiding of getting overly pathetical.
It may though not be a complete surprise that this design gathered controversy and earned the condemnation from the Estonian government, Parliament, and Coca-Cola Company amongst others. Finally, the ongoing campaign was quit and all designs were replaced with new neutral ones.

A decade later, the Coca-Cola-Pärt campaign has been showcased in several art exhibitions. 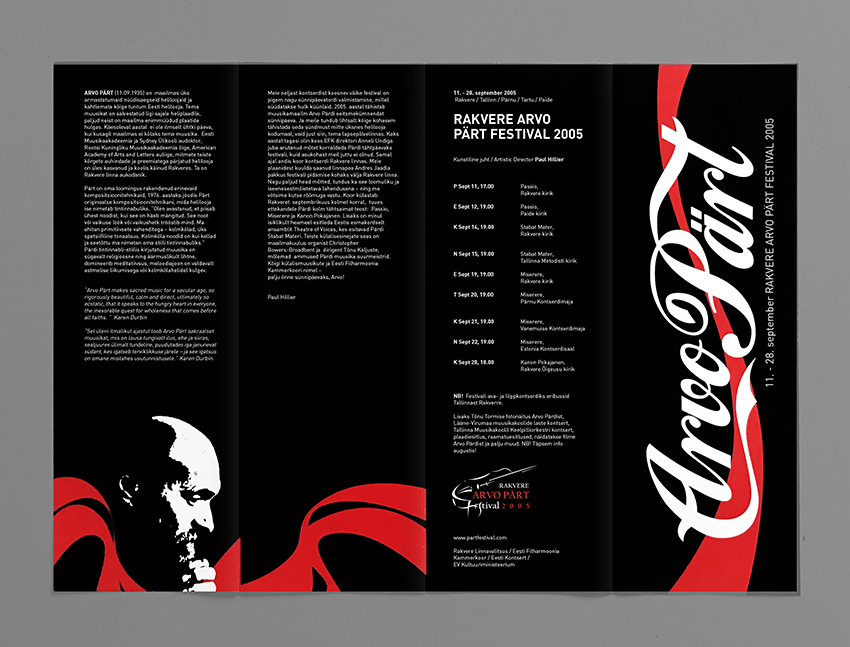